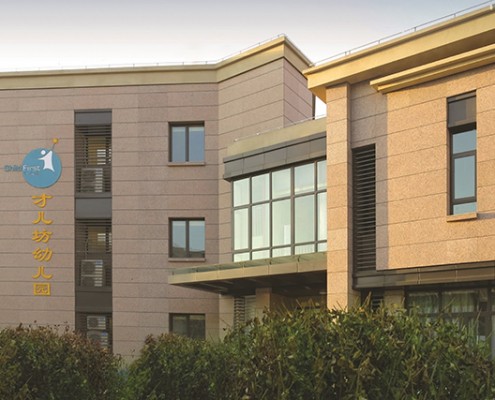 SINGAPORE, 3 July 2014 – Singapore’s ChildFirst @ Tianjin, set up less than a year ago, has been named Tianjin’s leading pre-school (天津市亮点园) when over 100 top government officials, including the Communist Party Secretary of Tianjin, Ms. Sun Chunlan, and the Tianjin Mayor, Mr. Huang Xingguo visited the school.

ChildFirst – a subsidiary of Singapore’s Ednovation Pte Ltd, a pioneer in the field of pre-school education technology – operates 50 pre-schools in Asia including 15 ChildFirst centres in China. Its unique “future-proof your child” curriculum is designed to prepare children for success in adulthood.

ChildFirst began its operations in China in 2007 when it opened its first centre in Chongqing and now operates 12 ChildFirst pre-schools in the city. It commands 40% share of the premium pre-school market in the city of 30 million population, a remarkable leadership achievement for a Singapore brand in China’s largest city. Apart from Chongqing and Tianjin, ChildFirst also has centres in Chengdu.

“This prestigious recognition is a welcome surprise as our Tianjin centre is only in its first year of operation. We would like to express our sincere appreciation to the Tianjin Government for its vote of confidence.”

“Setting up a centre in northern China, far away from our base in Chongqing, was a calculated risk that has paid off. Our brand has proven its leadership in a major Chinese city, emboldening our ambitions to branch out successfully to other parts of China, a market with huge opportunities as the official one-child policy is being relaxed.”

“As Chinese parents value pre-school education as much as Singapore parents, their recognition of the unique value proposition of the “future-proof your child” curriculum is testimony that we are doing something right.”

To better meet the demand of Singapore parents, Ednovation is opening ChildFirst @ Tampines Central in September this year, which will bring to three the number of ChildFirst centres in Singapore. The other two Singapore centres are in Dunearn and Mountbatten. 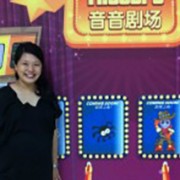 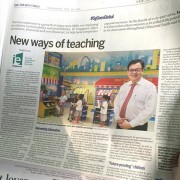 Interview with our ChildFirst Founder in The Straits Times, 20 May 2015

ChildFirst Pre-school @ Mountbatten Interview with our ChildFirst Founder in The Straits Times, 20 May 2015